While many filmmakers focus on producing features and distributing through iTunes, Amazon, Hulu, and other outlets, YouTube provides a way for short content producers to earn a full-time living.

Director Dan Dobi’s documentary Please Subscribe portrays the popularity of full-time YouTubers. These are creators who’ve abandoned the typical 9-5 workweek in favor of making money on YouTube (through advertisement revenue). But is this a viable platform for short filmmakers?

Dan Dobi stopped by Filmmaking Stuff to discuss the advantages of utilizing YouTube as a way to promote your work, build an audience, and potentially turn a profit.

Filmmaking Stuff:  Audiences are more accepting of entertainment that isn’t viewed on cable television and in movie theaters.  Some of the most popular award-winning programming is found on Hulu, Netflix, and lately, Amazon. How would filmmakers best leverage YouTube?

Dan Dobi: Start using it!  Upload behind-the-scenes footage, respond to questions, talk with your audience.  YouTube is an engagement platform. Please take advantage of it.

Filmmaking Stuff: But there’s so much out there on YouTube. How can you compete?

Dan Dobi:  If you have a good product, there’s no excuse.  The playing field is pretty level now, so instead of people worrying about distribution, I would focus on making the best product possible.  When I did Please Subscribe, I went in with the intention of, “If this doesn’t get picked up, I’ll just put it up on YouTube.” filmmakers forget that you can do LOTS to recoup your money with having your product on YouTube.

Filmmaking Stuff:  Please Subscribe features some pretty unique individuals.  Would you agree that originality is the key to YouTube’s success?

Dan Dobi: Don’ttry and fit in and do what other people are doing, that show you get lost in the shuffle of the over-saturated sea that is YouTube.  Do something different. Do something you’re passionate about.  If it’s forced, it won’t get your audience connected.  Be on time, have a schedule, so your audience knows when to expect you.  Lastly, be nice!

Filmmaking Stuff: You stress the importance of connecting with the audience. It’s mentioned in the film that YouTube grew in popularity because it allowed the audience to connect with the subject.

Dan Dobi: It just allows a conversation to start and get in touch with the creator, which if you think about it, how cool would it be to ask Tarantino openly?  Sure there is AMA’s and whatnot, but it’s open to asynchronous communication and allows creators to respond.

Filmmaking Stuff: Is responding to the critique by FilmbuFF80 about framing composition in the comments section the new press junket?

Dan Dobi: It sure helps. It’s so much the new “press junket” but smells like the future to me!

Filmmaking Stuff: The personalities featured in your documentary have little to no formal education in creating and developing videos.  However, they all share a fantastic work ethic and fast turnaround time to generate more content and gain and maintain viewership.  Most creators upload at least one video per week.  For an independent filmmaker, where a final product takes much longer, is there still the potential to develop a base of subscribers on YouTube?

Dan Dobi: Absolutely. Look at Mystery Guitar Man, who is featured in the film. He spends days on one video and has a cult following. He pays attention to details and has developed a formula that works for him. He’s a perfect example of quality content. Doing videos consistently on YouTube will eventually train you to get in the habit of making content quicker and allow you to think on your toes.

Filmmaking Stuff:  Can quality be compromised to get the job done?

Dan Dobi: I’mI’mperfectionist, but sometimes when making videos for the web, I allow myself to move on quicker than I usually would. It’s being lazy, but it is of those things I ask myself, “Will anyone notice or care if we do a jump cut or break the 180?”

Filmmaking Stuff:  The more successful YouTubers earn six figures annually from advertisers!  YouTube has a defined market and audience in its videos and channels. It’s It’sstrated a proven platform.  Is this the same audience for independent films?  Will advertisers want space for films?

Dan Dobi: My crystal ball says this is the next stage of the game, especially for episodic stuff where you can slap ads in the middle of the episode.  YouTube has the ability.  I haven’t seen too many people use this function.  Many people are just focusing on the 3-5 minutes stuff with YouTube, but I think the future will welcome long-form content.

Filmmaking Stuff:  Some feature films are available on YouTube for a small download fee. Will this cause advertisers to become less important?

Dan Dobi: I think people are over going to theaters unless you’re to see Gravity or Interstellar.  Regarding the whole download fee situation, yes, I think people would much rather sell a unit than have ads run throughout the film.  In my opinion, it’s not how films are intended to be shown—ads will remove you from experience.

Filmmaking Stuff:  The idea that YouTube offers the freedom to create what you want when you want seems like its biggest perk.  Would you agree?

Dan Dobi: I’ve created music videos, films, commercials, you name it. The WORST part about all of this is the deliverables.  People still want digicam masters sometimes, and it’s a pain.  I once did a video that had someone having a drug trip and used funky colors.  The video was rejected because it did not pass quality control. You’re me you’re asking a robot to tell ME that I can’t use specific colors? That’s. That’s like telling an illustrator, “No, I’m sorry. You can’t use color.”

Filmmaking Stuff: Is that because the traditional outlets have higher broadcast standards?

Dan Dobi: I’ll levI’llith you, I’m awarI’mhat TV’s havTV’soadcast safe colors and need to be spec-safe, but with YouTube, there’s that!  You don’t worry about colors or going to a third party to get your project closed-captioned.  YouTube does close captions for you automatically!

Dan Dobi:  Some other perks would be analytics, being able to post when you want, no ridiculous QCing. In short, there would be fewer rules.

Filmmaking Stuff: You seem pretty excited about the advantages of YouTube.  Is this what inspired you to make Please Subscribe?

Dan Dobi: I had a few YouTube shows going for some time in 2009.  I loved it and loved the community and the meet-ups.  People ask, “What’s this YouTube thing about? How did this happen?” Making a film about YouTubers just felt like the right move. 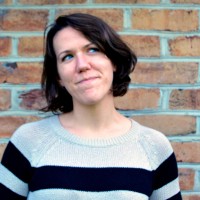