Do you have a story… Or just a movie premise? by Jurgen Wolff

If you’re a screenwriter you’ll have a lot of people excitedly tell you that they have a great story for a screenplay.

If you’re foolish enough to ask them what it is (or unable to get away from them before they force it on you), often you’ll find they have a movie premise, not a story.

Unfortunately, even screenwriters themselves often get so excited about a premise that they pitch it, not fully aware that they don’t have a story, either.

A movie premise is the basis of a story, the core idea behind it. Often it arrives in the form of a “what if?” like these:

All three of these are incomplete. If you pitched these to a producer, he or she might say, “Hmm, interesting. What happens?” The “what happens” is the rest of the story.

A story is the telling of a sequence of events and has a beginning, middle, and end. That may sound obvious but that doesn’t mean every film has those.  Scriptmag.com featured an interview with Diane O’Bannon, widow of Dan O’Bannon (who co-wrote Alien and Total Recall) and Matt Lohr, who completed a book Dan started (he wrote about 75% of it before he died).  It’s called Dan O’Bannon’s Guide to Screenplay Structure.

Diane said, “The thing that’s surprising is people often don’t get what a story is. How about Prometheus? Prometheus is a fabulous film, it’s visually stunning, but it’s not a story. It wanders. At no point do you feel like you know who to watch next.

The importance of cause and effect

What’s the difference between a string of incidents and a story? Largely it’s cause

and effect. Each major incident in a story should have an effect on the characters and what they do, although it may not be immediate. In fact, often it’s more interesting if it’s not immediate because it allows us to speculate what the consequence will be.

If you provide a mixture of what we expect and what we don’t, you create a satisfying experience.!

Let’s take the example of the old band members going on the road. If they just have funny or interesting unconnected adventures in half a dozen locations as they go we have a string of incidents. They may be amusing but they don’t comprise a story. It will feel more like a series of sketches than a coherent narrative.

However, if each of their adventures somehow has an impact on how they behave in

the next situation and ideally also affects their ultimate goal and perhaps leads to a change in them, then we have a story. A good example of a road movie that has these elements is Rain Man.

Having a strong movie premise is great, it’s just important to remember it’s only a starting point. It can motivate someone to ask you to tell them more, but you’d better have more to tell them.

The movie premise usually identifies your protagonist. In our example, it’s the guy who goes back in time, the soldier who sees his friend about to be captured, and the band member who decides to organize the reunion (this one will be an ensemble piece but it’s still better to have one character who is at the center of all the action).

Those are three interesting dilemmas, but the problem is that decisions don’t make good movie material. In a novel you can go inside the character’s head and explore all of his or her emotions, in a movie you have to show something happening.

In the case of the time traveler, so far the conflict is all in his head. He thinks, “Should I stay or should I go?” Not cinematic. The same with the soldier—it would be a very tense 30 seconds during which he has to shoot or not to shoot, but we have 120 minutes to fill.

We know the old band members had conflicts in the old days that resurface so at least we know we’ll have something to work with, but in all three cases we’d need to check whether they really have the ingredients of a strong story: character, conflict, and resolution (perhaps including transformation).

Moving from movie premise to story

One way to find out whether your movie premise is the good foundation for a story is to take it to the next step and examine the opposing forces or situations in terms of conflict you can show on screen, and what happens before and/or after the big moment.

If both are good or both are bad, there’s not much conflict, either—whichever way he decides, he’ll be happy or unhappy.

To make the story interesting, we need a real conflict. For instance, maybe he’s happy in the present but something terrible happens to someone he loves; only by going into the past and trying to change something can he try to stop this terrible thing, but he has only 48 hours before the time loop (or whatever) closes.

If he runs out of time he will be stuck in the past forever and the terrible thing will still happen in the present. If it’s a Hollywood movie, he’ll make it just in time.

The soldier either shoots his friend or doesn’t. If he shoots and it saves his platoon, he feels terrible about shooting his friend, but then what? Maybe it burdens him so much that he takes more and more chances until he is killed himself. Sounds like a foreign film. The conflict is internal but in the context of a war the enemy can represent the part of himself that thinks he deserves to die.

The premise about the rock band could turn into the story of a bunch of guys who get a second chance to grow up, something they never managed to do the first time around or since.

That hints at some interesting character transformation and probably some good comedy. Even so, to sharpen the conflicts it would be useful to have somebody—maybe one of the members of the group—who has a reason for not wanting the tour to succeed and tries to sabotage it.

Sometimes an exciting movie premise leads to an equally exciting story, sometimes not. As long as you know the difference and what it takes to turn one into the other, you have a great chance of coming up with a story and script that sells. 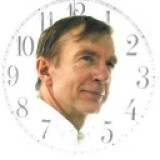 In this downloadable guide, you'll receive the SIX essential tactics to rapidly grow your filmmaking career, so you can take action. Enter your current email address below so we know where to send your filmmaker roadmap:

In addition to the roadmap, we'd love to keep in touch with exclusive offers and the latest Filmmaking Stuff. You can ask us to stop any time. You can find out about how we use your information in our Privacy Policy

Enter your current email address below so we know where to send your filmmaker roadmap:

In this downloadable guide, you'll receive the SIX essential tactics to rapidly grow your filmmaking career, so you can take action.

Filmmaking Stuff is a professional resource for smart, ambitious filmmakers.