What Every Filmmaker Ought To Know About FU Money

As a filmmaker, having FU money makes it easier to take chances and work towards the successful realization of your filmmaking dreams. But if you’re like a lot of Hollywood hopefuls, your high debt and lack of money is getting in the way of your goals.

My first credit card purchase was in college. I used plastic to pay rent for a semester. Then I purchased a Star Wars poster from one of those late night shopping channels. Then I bought a pizza and a case of beer. After that…

Ten years later, I carried a revolving $5,000 balance. Sometimes I got lucky and paid it down. Once, I even paid it off in full. But like a failed diet, after a couple months, I found myself right back where I was before… More debt and nothing to show for it.

Why was I doing this? 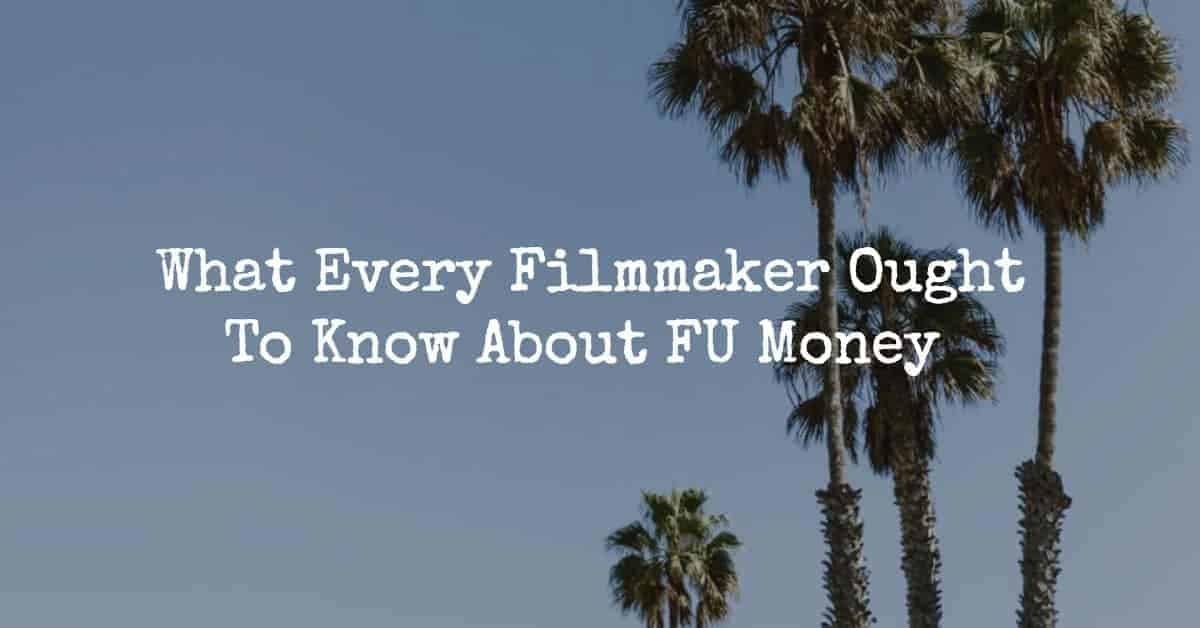 What Every Filmmaker Ought to Know About FU Money

After talking with some of my friends who were free of credit card debt, I soon realized people get into debt for the following reasons:

After giving my debt addiction considerable thought, I realized my external debt was actually a reflection of my internal beliefs. In other words, somewhere in my mind, I identified myself as someone in debt.

This was reflected in my everyday conversations about money. I would say things like: “I have debt.” Or, “I’m in debt.” Or, “I have $5,000 in debt.” Talking like this only served to reinforce my debt-burdened identity. As a result, I continued to swipe plastic over and over.

Your peer group will influence your success in life. Once I moved to Hollywood, I dated a woman who made less money than me, yet she always seemed to have money and lived debt free. Hanging out with her changed my beliefs about debt. I started to think debt was unacceptable. I realized I too could live debt free. Then I stopped using my credit cards and began a plan of recovery.

In addition to the above action steps, starting TODAY, even if it sounds like a lot of BS, repeat the following mantra every morning until you believe your words: