Should You Write A TV Series Or Feature Film?

Should you write a TV series instead of a feature film? With the increasing number of scripted series competing for our attention, especially on SVOD platforms like Netflix, Amazon, Hulu, it’s no wonder many novice screenwriters have started toying with the idea of setting aside their feature-length ideas for more serialized spec scripts.

It’s a great question, but not an easy one to answer with a simple ‘yes’ or ‘no’. And since you’re reading this article to find some sort of advice on which direction you should go, what I can offer you are some real-world considerations to mull over that will help you choose the path makes the most sense for your writing talents and style.

What Genres Do You Prefer?

Feature-length spec scripts from novice writers tend to get the most attention when they’re within the framework of a more commercial genre (specifically action, family, faith, thriller or horror). Dramas and comedies are very tough at the feature-length spec script level. They both require major name talent which greatly increases their cost.

Television is the complete opposite. When you write a TV series, you quickly realize drama and comedy are the drivers in this space. Quality spec scripts that showcase a writer’s ability to deliver dramatic or comedic material stand out. If your writing style is best in the drama or comedy department, then TV might just be a better fit.

Films are event driven. They present stories of a character’s transformation due to external events. We witness the characters evolve or mature over the course of a plot’s beginning, middle and end.  When you write a TV series, by contrast the stories are character driven. We experience the drama between characters as they battle external events attempting to change them. Write A TV Series Or A Feature Film?

I like to exemplify this by discussing the storytelling styles of Star Wars versus Star Trek.  Star Wars focuses on the evolution of Luke Skywalker as he transforms from a naïve boy into a hero. The conclusion is finite, making Star Wars a ‘feature’ storytelling style. By contrast, Star Trek’s Captain Kirk does not change, nor do the characters making up his crew. This allows them to encounter one adventure after the other as they defeat the external events in each episode attempting to change them. At the end of each episode, Kirk and his team remain unchanged which makes Star Trek a ‘series’ storytelling style.

Think about it from a commerce perspective. If a TV series is successful, it should be able to continue endlessly (episode after episode, season after season). To get there, characters must remain static which allows their dramatic or comedic structure to provide a theoretically endless number of ‘episodes’ to write.  If your storytelling style lends itself to a character’s transformation, features might be the way to go.  However, if developing a framework of great characters that allow continuous story scenarios to pass through, then write a TV series.

TV Series’ have a lot of pre-designated rules.  And writers in the serialized space can be added to projects after several seasons have been produced.  What this means is that the writer joining the team later in the game must work well with already established characters, events and histories (they cannot simply go ‘cowboy’ and invent new characters or tangents).

When you set out to write a TV series, it’s important to know even a ‘procedural’ series like Law & Order, where each episode is unique and offers its own stand-alone closure – Certain elements of a character’s life have been established and must remain. Some writers thrive with these pre-ordained guardrails. And others do not.  If the prospect of having a few pre-established rules kick starts your creativity, then serialized content might be a better route for you.

Despite all the chatter that movies are dying out and series is the new medium, don’t buy into such nonsense.  Feature-length content is still very lucrative and therefore in demand.  Jumping radically onto the TV series bandwagon in the hopes of bypassing a great deal of hard work to somehow fast track your career is simply going to slow you down in the long run.

If based on the above questions, your gut is truly leaning you toward leaving the feature-film side to shift into the world of TV, then by all means go for it.  However, if you’re on the fence—and you already have a few feature-length spec scripts under your belt—sticking with features might be a better move.  (Only you can answer which path is a better one to pursue.)  After all, feature spec scripts can still land you TV writing jobs (and vice versa).

Oodles Of Opportunity For Writers

Regardless, what you’ll need to gain the attention of Hollywood remains the same. You’ll need two (ideally three) completed spec scripts ready to show with at least ten ideas (fully planned stories) on the back-burner as your next projects.  Whether these are features or TV series spec scripts is moot, you should ideally aim to reach this level of work output. And for clarity, all of these spec scripts and ideas should be within the same genre (or very similar genres).

To gain true attention, you need to prove you’re a writing machine, capable of steady and reliable writing output. In the early stages of your career—when you don’t yet have credits to your name, getting ‘typecast’ as a writer who can deliver a specific product helps get your those early ‘writer for hire’ gigs.

Chances are, none of these spec scripts will be acquired – they might, but it’s very unlikely – but what they can get you are ‘re-write’ jobs on other scripts or opportunities to draft treatments for projects production companies have in development (and that’s where the real first ‘foot in the door’ jobs commence).

I go into great detail on all these points in my book, Writing for the Green Light. The book was written specifically for writers who want to sell their work and get professional paid gigs.

As one last point, if you decide to write a TV series, you might be wondering if you should write an episode of an already known series or if you should write a ‘pilot’ (and potentially an entire bible) for your own unique series.  Writer friends of mine say both routes work, but there is mild favorability toward completely unique and original content (of which, you’d need a two to three full episodes drafted along with a bible outlining an episodic synopsis for the entire first season).  And following suit with the above advice, you’ll still need two fully completed ‘series’ ideas along with a list of fleshed-out back burner ideas. 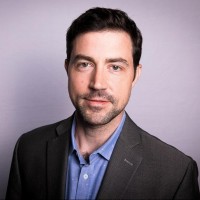