What Screenwriters Can Learn From Documentary Filmmakers

Recently I taught a workshop to a group of documentary filmmakers, and I was reflecting on how much easier we screenwriters have it. The docu-makers may have a general story idea in mind, but often in the course of filming it turns out that reality doesn’t cooperate.

Sometimes one of the people they’re filming dies or decides to stop cooperating. Sometimes they’re following a process with an unknown ending–for instance, the life of a contender in the Olympics. If she wins gold , they have a great story. If she gets silver or bronze, it’s still a good story. If she comes in fourth, there’s the drama of such a near miss. But if she comes in sixth, or has to pull out because of an injury, the story line isn’t so clear.

Sometimes documentary makers end up with hundreds of hours of footage without a clear story spine. That’s when they have to dig deep and sometimes they find a story that’s much more interesting than the one they hoped to get. In the case of the Olympic athlete, for instance, it might be her relationship with her father, who is also her coach. Or it might be the aftermath–what does an athlete do when it’s clear she’s peaked?

I think what we can learn from documentary makers is to pause before we launch into the obvious story and dig deeper to see if there’s a more interesting, perhaps more subtle, one lurking underneath. 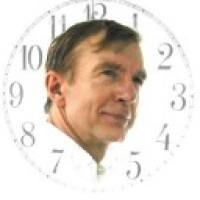