The Momentum of Production

I’ve equated the process and momentum of movie making to this story. Imagine your movie is this big, round rock.

In development, that’s when you’re taking this monstrous slab of rock, and sculpting it down into the big round rock.

In Pre-Production, you’re pushing the rock up a hill.

In Production, that rock tips over the hill, and rolls down.

In Post-Production, that rock just rolls along the flat surface, its speed and distance dependent on the previous momentum.

So the main time when the rock is the fastest, and will crush everything in its way, is in Production. It’s also the time where it’s almost impossible to stop the rock! If you try to stop it, it could be disastrous. That’s the momentum of film production.

What happens to Momentum during Film Production?

Since that rock is rolling down the hill, and there’s nothing you can do to stop it, you automatically find solutions.

Your brain functions at a higher level during the production of a film because you have no other choice, you have to get things done. The momentum becomes a roller coaster of hard work mixed with emotions, mixed with joy, mixed with egos.

It’s crazy. And, if its your first time, this is why it helps to partner with other, more experienced producers:

But here’s the thing. Let’s go back to the first two steps, development and pre-production.

Let’s say during development, you work on the cast and eventual distribution plan. And then you close the financing for the movie. You’re making the rock sleek and efficient.

Then in pre-production, you add more cast, get some soft money for locations, and hire an amazing crew. Now pushing that rock up the hill gets easier.

And so much comes down to preparation. How much did you work in pre-production to line things up? To bring it back to the rock analogy, that’s you looking for the best, most perfect path to launch the rock down the hill.

So it comes down to preparation. If you can prep those two elements, then your rolling rock will land at the bottom of the hill and cruise safely to its destination. 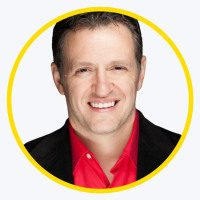