As a filmmaker, it can be challenging to raise funds to cover production. We’re all looking for ways to be more cost-effective. The first step filmmakers can take to keep their budget low is producing low budget screenplays.

A few years ago, I branched off of film and began writing for theater. This experience taught me how to write and produce with uncompromising, unmerciful budgets and how to craft better characters. Film will always be the visual medium. Plays will always rely on dialogue and have a formative relationship with the theater’s space and size. But there are a world of lessons screenwriters can learn from theater, particularly when it comes to writing low budget screenplays.

There are three primary ways to write low budget screenplays:

1. Limit locations: tell your story with as few locations and sets as possible.

3. Write a dynamic script with great characters: Without a massive budget, you need to rely on solid well-crafted characters to account for lack of funding for special effects and other post-production elements.

With these three things in mind, screenwriters on a budget can learn a great deal from stage plays.

1. Limited sets: For the sake of both budget and time, set changes need to be quick and few. Take a look of some popular titles and their number of sets:

2. Small cast: A smaller cast can focus on the real story and simplify the plot. Plays don’t contain random encounters with small characters the way some bigger budget films do.

For example, in a bigger budget film, the main character might pop into a CVS and have a brief encounter with the cashier. And that would be the only screen time for the cashier.

When writing low budget screenplays, anything this cashier character might say to advance the plot or develop the main character should be accomplished without his existence.

There is an added benefit to having a smaller cast. Ultimately, you will create better characters who only feed off of each other. Which leads to…

3. Dynamic characters: Images make a film. The perfect film would have no dialogue. This is a shared sentiment among many critics, theorists, and writers (including playwright David Mamet). However, as a result, screenwriters don’t have many opportunities to write amazing dialogue.

In theater, due to space and distance, dialogue is used to tell the story. The characters must express themselves more. The drama comes from the dialogue.

If you liked these tactics, you’ll love our screenwriting system. 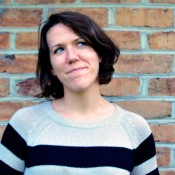