I have spoken in the past about the importance of good audio for film, and recently I had the privilege of helping shoot two different short films with two different audio engineers. When I was in the edit bay I noticed the audio was great in one film and not always as good in the second. In scenes shot in small rooms, the audio had TONS of echos. Nothing ruins a film faster than bad audio.

Get Rid of Bad Audio Once and for All

Shotgun microphones (such as the Rode NTG-2) have a super, or hyper-cardioid pickup pattern, which means that they are very good at picking up sound in a narrow area directly in front of the microphone.

Shotgun microphones (on the other hand) do an outstanding job of picking up the sounds that are “off axis” (sounds the mic is not pointed at). And if you look at a shotgun microphone, you’ll see a series of vents along the edge of the mic – Those help eliminate the off axis sound.

(Incidentally, if you have an annoying sound on set when you’re using a shotgun mic, pointing those vents towards the sound can help reduce the amount of the unwanted sound.)

This can lead to a very “hollow” or echoey sound in your recording. And while few instances of a poor audio can be adjusted in post production, echoes cannot be “fixed in post”.

So what do we do in such situations? You can try hanging sound dampening materials around the area, but sometimes that not an option.

This is when you might consider a microphone with a cardioid pick up pattern, such as the Rode NT3. Cardioid microphones do not have the “vents” along the side to eliminate off-axis sound so they pick up sound in a wider area then shotguns, but they also don’t have as much problem with echoes in a highly sound reflective room.

This can save you a lot of headache in post and can save you from having to rerecord your talent’s dialogue in an ADR (Automatic Dialogue Replacement) session.

Like everything else in filmmaking, it is all about having the right tools for the right job. There are times a shotgun microphones is your best option, and there are times you might need to switch to a cardioid mic. I always recommend testing out what you’ve got to see what works best in any given situation, and when in doubt always roll an extra take for audio.

Michael Head is a filmmaker and full-time geek living the the Dallas-Fort Worth Metromess. Follow him at @michaeldhead. Check in every Tuesday for Micheal’s “tech-Tuesday” articles. Check out his website at michaeldhead.wordpress.com. 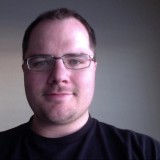