How to Become The Screenwriter Hollywood Needs If you want to be the screenwriter Hollywood needs, then you cannot be just a ‘good’ screenwriter. You’ve gotta be great! So before you go and pay for another screenwriting class on character development or plot points… Change your perspective on what makes a screenwriter ‘great’ in the eyes of Hollywood.

A great screenwriter delivers what the Hollywood system depends upon… Not by blindly guessing or chasing trends they’ve heard from friends (or friends of friends), but rather truly knowing that:

Indie Hollywood isn’t on the hunt for more character dramas or indie ‘coming-of-age’ gems. Hollywood is seeking films that have a reliable audience and a high probability of generating revenue.

Genres that are considered ‘reliable’ and ‘stable’ would be the kinds of films you see on TV: These include, family films (with kid heroes, even better with an animal side-kick), Action films (especially ones that offer the opportunity for an aging male actor to make a comeback role), and Female-driven thrillers (the kind you see on Lifetime).

If you want proof, go check out a Redbox machine. You’ll notice that aside from major studio titles and video games, it’s usually the above-mentioned genres getting placement (despite having no major A-list celebrity actors).

Comedies are harder to sell since their style and tone are subjective and difficult to play overseas (since the humor doesn’t always translate and dubbing is expensive!)

When writing for independent Hollywood, rather than the big studios, you must be conscious of where the money comes from. Foreign sales are as important as U.S. and Canadian placement so avoid overly heavy ‘Americanisms’ like football or Thanksgiving.

While we are on the subject, avoid dramas (they are too boring). Make your lead protagonist female (woman make the ‘movie viewing’ decisions more often than men), and despite what many screenwriting books suggest, keep your script budget-oriented.

And if you have a laundry list of solid ideas, save them until later. As a serious screenwriter, you first need to sell a few scripts in the indie zone to build a strong reputation before big-studio Hollywood will pay attention.  For more examples, get on Netflix or Hulu and look for the movies you’ve never heard of (but happen to be placed next to a big Studio title. Those are the indie films you stand a solid chance of getting hired to write!)

There will always be a new ‘it’ genre or trend, which it seems all the Studios are following. I’m sure you’ve noticed the zombie films and reboots? But trends come and go, some much quicker than others. But the principles stay the same.

Writing on Principle means focusing on genres that are consistently and reliably selling. In my book, Writing for the Green Light, I refer to these as ‘Gold-Mine Genre Types.’ Is FOX hell-bent on Vampires this season? Great, let them focus on that and you stick true to your reliable Family title or modestly budgeted Action film.

Is Paramount investing heavily into paranormal-themed content this summer? Let them. Don’t veer off course just because the studios make a new decisions. Stick true to your reliable genres (Family, Action, and Female-Driven thrillers), and you stand a much better shot of giving indie Hollywood what it needs to stay in business.

A Great Screenwriter Is Sales Oriented

There is nothing wrong with being passionate about content that sells! You are no less a serious screenwriter just because you write Tween-Girl Romance movies or Family Safe Adventures rather than hard hitting dramas.

By entering the entertainment industry with a ‘business’ mindset (focused on seeing your work produced and your efforts compensated for), you will be taken more seriously by the Decision-Makers running Hollywood.

Once you’ve built a name for yourself as a reliable and steady deliverer of quality content, you will have already built that network of contacts who can take your work to the next level. 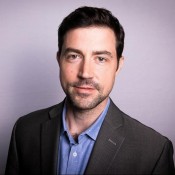